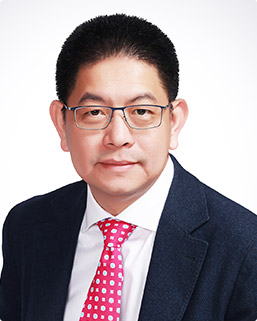 ●Sonny Wu co-founded GSR Ventures in 2004 and currently is the Chairman of GoldenSand Capital with notable investments in the Technology and New Energy space, including Lattice Power (won the China National First Prize for Science & Technology  in 2015), Silevo Solar (sold to SolarCity/Tesla in 2014), SEEO (one of the first solid-state battery company, later sold to Bosch in 2013), Aleees (the largest Lithium Iron Phosphate material company in Asia), and Ronbay New Energy Technology Co, Ltd, (the fastest growing EV battery NMC 811 cathode material company in China and IPO in the Shanghai STAR exchange on July 2019) , as well as multiple other success and setbacks in cutting-edge technology spaces in the last fifteen years.

●After studying Engineering Physics at the University of British Columbia and UC Berkeley, Sonny started his professional career at Bell Northern Research in Ottawa, Canada, working on SAW filters and BiCMOS semiconductors, and led the development of the first batch of semiconductor factory in China in 1993. He led the strategic investment in China for Nortel Networks in the 1990s and was the first to build the wireless CDMA business prior to China entering WTO and achieved sales of US$2.0B in less than 3 years from 1998 to 2000.

●Sonny Wu is a Sloan Fellow of MIT (Class of 2001); honorable citizen of three of the fastest economic regions in China: Shunde/Foshan City, Nanchang City and Changzhou City where he has made substantial contribution in technology & industrial investment in the last ten years. He is also the founding Board of Trustees (and served as Vice Chairman of the Board since 2012) of Southern China University of  Science & Technology, one of the fastest growing research-based universities in China.